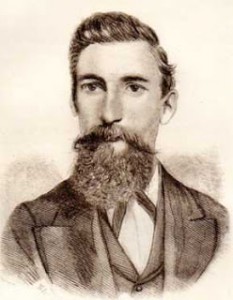 Robert Applegarth deserves the credit for taking Victorian trade unionism from the precarious edges of illegality to acceptance as the legitimate voice of working people in wider society. Yet his active involvement with trade unions lasted for barely a decade in a life of more than 90 years.

Applegarth was born in Hull, the son of a whaling brig captain and began work in a shoemaker’s shop at the age of 10. As an adult, he moved to Sheffield, working as a carpenter, and then to America. Although based in New York, he travelled through Mississippi, where he was appalled by slavery. Later, during the American civil war, he would become a vocal supporter of the North and its cause.

Back in Britain after 1857, Applegarth joined the Sheffield Carpenters Union, becoming its secretary and leading it into merger in 1861 with the newly formed Amalgamated Society of Carpenters and Joiners. Within a year, his work on behalf of the union and the co-operative movement won him the job of general secretary of the national union.Watch Full Movie Online Streaming Online and Download

The ASCJ had been formed by the merger of a number of smaller bodies drawn together to defeat employers’ attempts to impose “The Document”, a signed pledge not to join a trade union. It swiftly adopted the centralised “new model” union organisation pioneered by the Amalgamated Engineering Union a decade earlier.

Under Applegarth, the union grew from a membership of 1,000 to 10,000 in just eight years. He would also be seen as a central figure in the “junta” of London trade union leaders who effectively acted as a general staff of the trade union movement nationally in the years before the TUC was formed. But it is in his role as “observer” to the Royal Commission on Trade Unions that Applegarth made his most significant contribution.

The commission had been established after the “Sheffield outrages” of 1867 during which William Broadhead, the secretary of the sawgrinders’ union paid two men £5 to murder a small employer who had taken on too many apprentices. Applegarth worked tirelessly briefing the two pro-trade union members of the committee and assisting them with their minority report.

When the Liberals returned to power in 1870 under William Gladstone, the resulting Trade Union Act of 1871, far from seeking to criminalise trade unions once again, gave them immunity from prosecution for conspiracy and enabled them to register as legal bodies with protection for their funds.

Applegarth was no left-winger or proto-socialist. He constantly urged fellow trade unionists to be careful in their use of the “double-edged weapon” of the strike, and hounded George Potter, whom he accused of being “a manufacturer of strikes”, out of the London Trades Council with accusations of dishonesty and maladministration.

He would eventually fall foul of his own union’s executive after accepting a seat on the Royal Commission on Contagious Diseases in 1871. Although he was the first ever working man to serve in such a role, his opponents complained long and loudly that he was neglecting the work for which they paid him as general secretary. When he stood down, a civil war split the union.

Applegarth would live on for a further half a century, becoming a revered elder statesman of the trade union movement. But his life moved on in other directions, and he became, in turn, a commercial traveler in underwater breathing apparatus, the manufacturer of an early form of electric street lighting, and eventually a poultry farmer.

His later political activities were channeled through the Working Men’s Committee for Promoting the Separation of Church and State. Before he died, he was offered the title of Companion of Honour, but turned it down. He was buried, according to his wishes, without religious ceremony.